When We Make Plans God Laughs…

I  recently spent 10 days in Brazil with my grandparent’s church and churches from Oxford and Slayden, MS. The start of the trip did not go as planned. We were supposed to fly from Memphis to Dallas to Sao Paulo, Brasil. However, we make plans and God laughs. We ended up not being able to do that flight course do to weather. We were supposed to be in Sao Paulo at 7 am on Saturday but that was not the plan. We were redirected to Miami where we spent the night and were on a 12 pm flight to Sao Paulo arriving at 12 hours later than we were supposed to. Then we had a 3-hour bus ride to the town we were staying in. We arrived at 2 am and were given Sunday morning to rest. But we hit the town running to work on Sunday. We moved bricks to the church site and prayer walked the entire town of Pedro de Toledo, where we would be working for the entire week.

As a group, we divided into multiple different ministries. Medical, Construction, Women’s, Evangelism, and Children, which is where I spent my week. If you know me you know my passion for kids. I strive to be a mother and I have never felt as much love as I did ministering to over 2,000 children during the week. Each day we were able to love on these children and tell them how much God loves them. We were able to take them toothbrushes, toothpaste, pencils, pens, t-shirts, salvation dolls and bracelets, hats and so much more. I have never felt more selfish than watching children actually tear up when receiving a toothbrush. We made sure they knew that we weren’t doing this to get the glory, but because Jesus loves us and them.

Our days, started at 6 A.M. with breakfast, usually for me consisting of amazing bread and butter. By 7, we were loading on the bus to take our 20-minute ride into the town of Pedro De Toledo. There our arrival would be welcomed with a hug and a kiss on the cheek from the church women, men, and the pastors family. Everyone would eventually get to their station and begin setting up as the clinic opened at 9 and the men of the church had normally begun work on the church already. The school squad would prepare our bags for the day and find out which school we would be attending that day.

Our normal school schedule would be as follows, we would get to the school and speak to some sort of staff. They would direct us to the makeshift auditorium area, normally an outdoor “cafeteria” and I use that term VERY loosely. The children would file in and the Pastor of the church we worked on would then tell them about the church and invite them to come to the dedication service we would hold on Friday night. Then one of our adult leaders would introduce us and tell the children the reason we were there. We would proceed with a skit centred around the idea that we put these problems we have in a box but God takes that box and makes it a joy instead. For example, my box was worry/anxiety and with God it became peace.  We would then sing songs such as Jesus Loves Me and This Little Light Of Mine, both sung in Portuguese and English. Some days our interpreter would lead them in a famous Brazilian christian song. I am not sure what it is called but I watch the video I have of it daily.

There were a couple of kids who hung around the church because their parents would be working there. Julia and Isabella were two who were their everyday. They would run down the hill by the church when they saw us coming. All I would hear is Julia’s sweet voice saying “Emma, Emma, Emma!!!” The language barrier was rarely a problem for me and my sweet girl as normally our smiles spoke enough. The pastor’s son, Breno, spoke English and Portuguese. He would travel with us daily to the schools. We picked up other kids along the way as well. Our starting group of 10 or 12 daily grew by one or two and by Friday there was easily 18 of us.

Friday was a hard day. We spent a half day in Pedro De Toledo and went back that night for church. As we approached the church that night you couldn’t walk into the church and the street in front was full of people. Our little babies who had been with us all week were in their best dresses and already had tears in their eyes. They clung to us. A night of worship began. Most of our team stayed outside the church but couldn’t see or hear much of anything. We did our skit and sang some songs. But the most special moment of the night to me was when a group of us gatherd hand in hand behind the church to pray. We each took turns praying around the circle and as we opened our eyes we had gathered a crowd. What began as an intimate moment between friends became a seprate place of worship for a small group. We cried, prayed, and loved on our new friends in the last few minutes together. But as we all began to see that our friends would stay and we would leave, we were reassured by the fact we will all run into each other’s arms in heaven.

I cannot lie when I say going into this trip I was less than enthused. I was worried about the travel and was pretty angry at God that this was the decision he had made for me. But as my grandmother tells me constantly, we make plans and God laughs. Never would I imagine I would come back the way I did. Feeling blessed and redeemed. The grace of God is so overflowing and to be quite frank I feel very selfish that I haven’t been sharing it like I was supposed to. Society puts a shameful spin on religion and outpouring it especially. If you believe, don’t hide it. My grandfather spoke about preaching the gospel at all times and using words when necessary. Be the change you want to see in the world and let the Lord shine through you in everything that you do. Thank you, God for blessing me constantly and letting me love on your children. 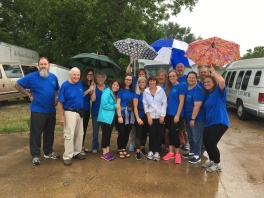 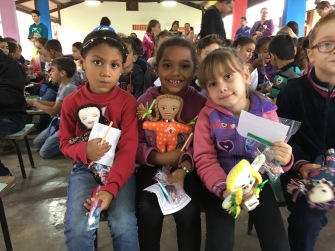 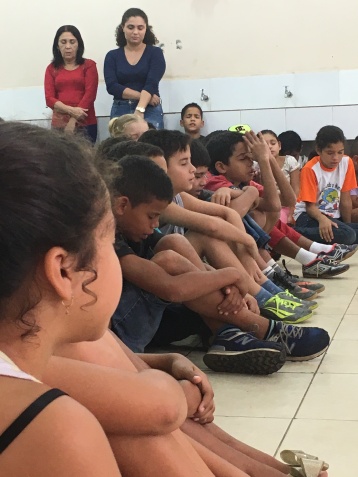 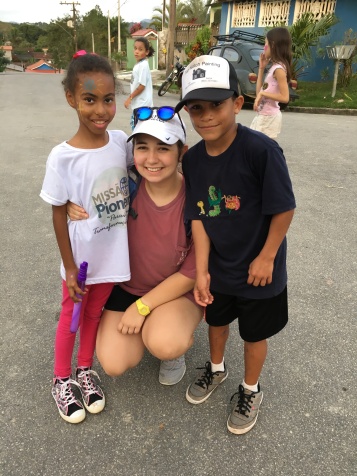 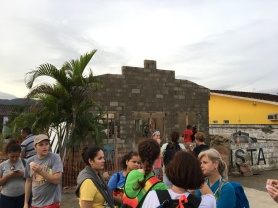 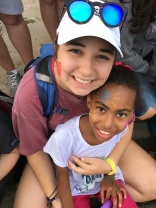 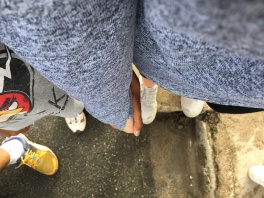 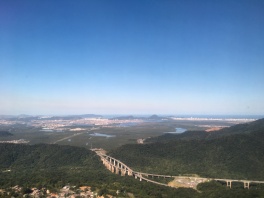 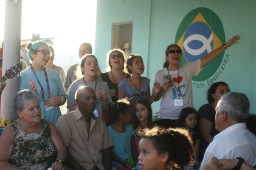 This site uses Akismet to reduce spam. Learn how your comment data is processed.

I am just a small town girl writing about big time dreams in a medium sized college town. Life is short so why not make it worth it. Hope you enjoy this little life of mine.